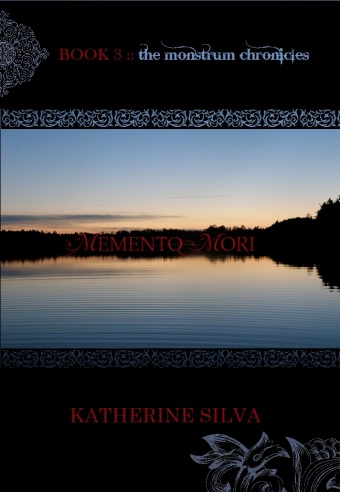 The most fun I had while writing “Memento Mori” was in creating the various characters that inhabited the world. Several of them are characters that we’ve seen in other Monstrum Chronicles books, but the majority of our protagonists are new. I had so much fun breathing life into them. And of course, I had my favorites. Below I’ve detailed five characters to take interest in in “Memento Mori” (and who I would love to play them should there ever be a movie version, haha).

TORRENT: Our hero from “Vox” and “Aequitas” takes a dark turn in “Memento Mori” as the primary antagonist. We all know that the reason the city was destroyed was because Torrent wanted to go back in time and change his past. How does he try to do this? What is he capable of doing to achieve his goal? Who is he willing to kill? (portrayed in my mind by David Tennant) 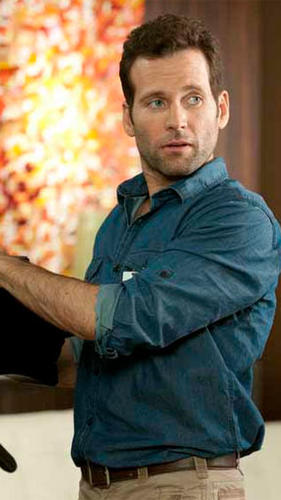 WHITAKER HAYWARD: Our central protagonist for “Memento Mori”, Whit is an out-of-work architect who has just scored a meeting with a prestigious client, millionaire Blumstein. His job? Explore a mystery room with no door in the basement of an old house on the outskirts of the city. Doing this means re-visiting a past he’s tried desperately to forget. But this job could be his salvation. It could be his way of leaving it all behind for good. Unless this job isn’t all its cracked up to be… (portrayed in my mind by Eion Bailey)

VERA BAINES: Wanted criminal Vera Baines has been on the run for five years. A letter in her mailbox brings her back to Seraphim City; a letter from “A. Friend” detailing her inheritance of the contents from a safe deposit box. Vera left Seraphim with good reason, but the idea of knowing something about her past is too much to pass up. She has to go back. She has to find out the truth about where she came from… (portrayed in my mind by Jennifer Carpenter)

HARPER: Torrent’s second in command. Harper has always followed Torrent’s instruction, never questioning his motives. He’s also never made a mistake; until now. He lost control. He killed a man. And someone saw him. The only way to keep Torrent’s plan safe is to find that witness and kill them. Can he blindly follow orders again, knowing it means the death of an innocent? (portrayed in my mind by Jack Davenport)

DETECTIVE SAM LUSK: His wedding is around the corner. His fiancee’s put him on a diet. He’s cheating on that diet. And suddenly, he finds himself pulled into not one, but two bizarre cases that don’t seem normal in the slightest bit. A body found in an alley, drained of its blood? So much for a normal night on the job… (portrayed in my mind by Colin Hanks)

Interested in more of MEMENTO MORI? It released today on Amazon Kindle! Only $3.99! As a bonus, “Vox: Book 1” and “Aequitas: Book 2” are only 99 cents! That’s $6 for three ebooks. A fantastic Christmas gift for the reader in your family.

We’re celebrating the release of MEMENTO MORI all day today! Stay tuned for more blogs and tune into the official Facebook event for contests and more!