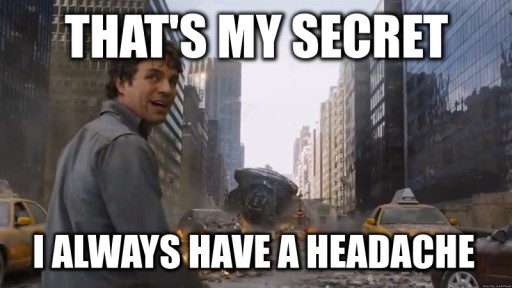 So…if you hadn’t already guessed, the lack of posts has been because I’ve been battling a pretty major headache the last few days. I thought the photo above was fitting because the new Avengers movie comes out at the end of the week! AHH! So exciting!

I should have a new Inspiration Through Music up for you next Monday, a new Horror-FAIL Friday up on Friday, and a surprise Cooking Adventure up for you all on Thursday to make up for this. Since this is practically the first time today that I haven’t been asleep or away from the computer, I thought I’d take a moment to update you on some new things happening around here.

My current WIP has been a dark quasi-apocalyptic literary fantasy thing for the last several months. I’ve actually been working on it for almost two years, taking significant breaks here and there to pursue other projects. After doing a recent poll on my facebook page, I decided to give it a new title, as it had been untitled for some time. It is now called “The Wild Dark” and I’ll be continuing work on it over the next several months.

The paperback version of “Memento Mori” has been delayed yet another month. My apologies to those who have been patiently waiting. It’s been a very busy last few months and I have been chipping away at getting it done. I’m looking at a late May release for that at the moment. What you might find exciting is that I will be having a book release/reading/signing for it at the Vose Library in Union on June 18th. More details will follow about this and I’ll be updating the website soon.

What else? I’m afraid that’s actually all for now. I’m sure I’ll remember something important after I’ve posted this. The pounding in my head is making it difficult for me to concentrate though. Rest assured if I have forgotten anything, I’ll update the post and put it in the spot hereafter.