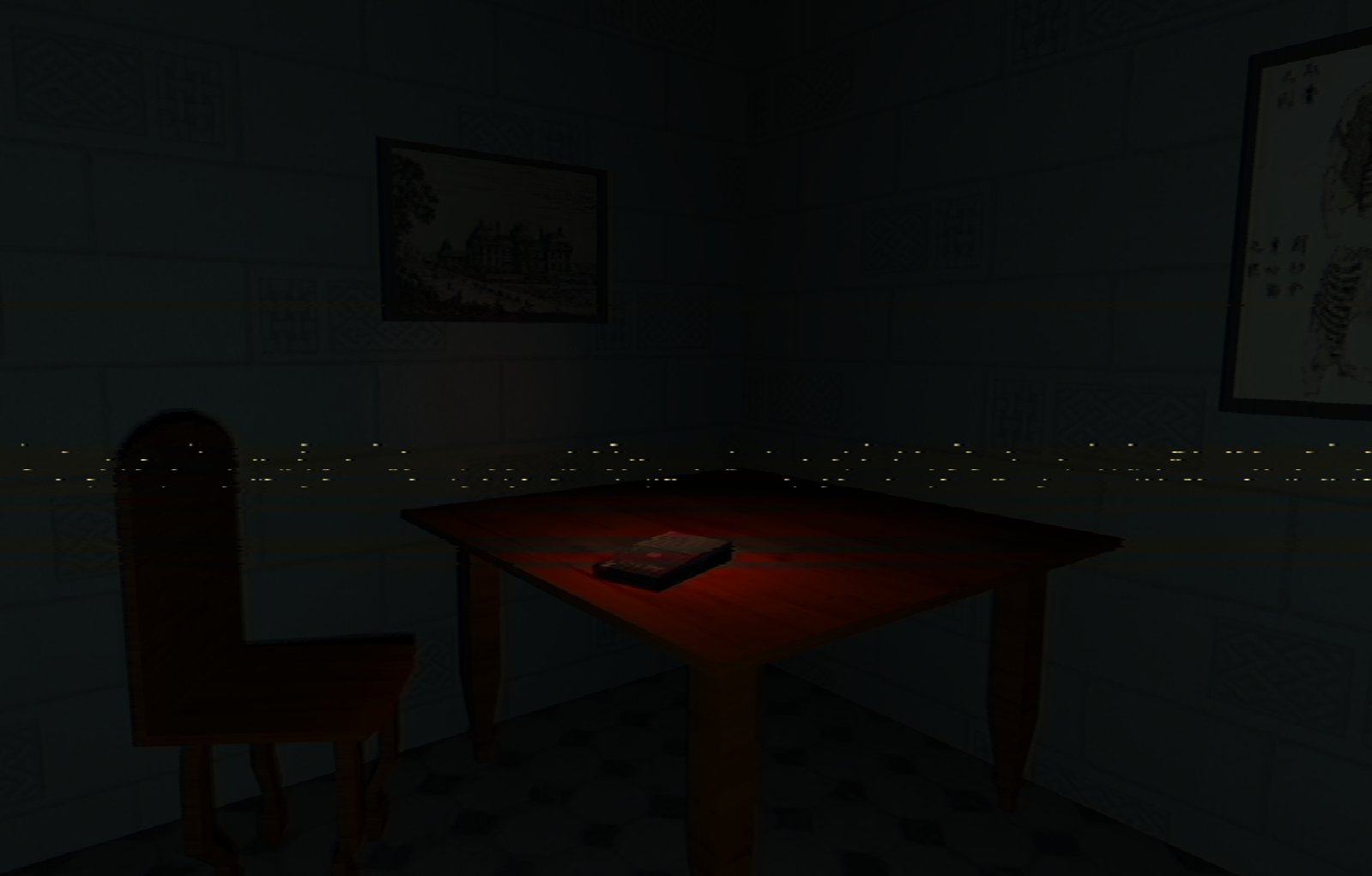 Who here is afraid of haunted houses? They are a quintessential sub-genre of horror, one that never gets old, never gets tired, and can always be improved upon. Over the last year or two, I’ve dabbled in the haunted house genre with pieces from my last book, Memento Mori, my current WIP “The Collection”, and my upcoming untitled sequel series. I’ve always been drawn to the idea of inanimate objects possessing human qualities. It makes them incredibly frightening, and the same applies toward locations, particularly places of residence. I have a fabulous book written by Allison Lurie called “The Language of Houses” which has some amazing insights on writing about architecture and locations, really fleshing them out and making them just as much a character as your protagonist.

I digress. The point of all of this is to bring into focus this wondrous indie game called “Anatomy” created by Kitty Horrorshow. In the game, you play as an unnamed protagonist who finds a tape player and cassette in a mysterious dark house. As you explore and listen to the entries left on the tapes, you are slowly drawn into a frightening psychological mind game. You begin to fear what’s around every corner, what’s hiding in the shadows, and what horrible insights you might hear on the next cassette.

“Anatomy” is a prime example of horror done right. The atmosphere is minimal and doesn’t try too hard to push the story on you, rather it lets you explore and lets you scare yourself with the possibility of what might be lingering just out of sight. There are no cheap jump-scares, mercifully. It draws on the comparison of a house to a person, much like Lurie’s book does and as it does, it pinpoints the more ominous areas of the house and dissects them in a progressively cold and calculating way.

It was a unique and fresh experience in under an hour and I loved every moment of it. It reminded me a lot of “House of Leaves” by Mark Danielewski, a multi-layered and creepy story about a house with more to it than meets the eye. While “Anatomy” is a shorter experience, it really captures the same gradual descent into madness and uncertainty that Danielewski creates so brilliantly in “House of Leaves”.

Lastly, if you want a taste of the gameplay before you try it for yourself, watch a little bit of Youtube let’s player, HarshlyCritical’s, playthrough here.