I’ve been waiting years for this one. YEARS.

I didn’t get to try Playdead’s first game, Limbo, until well after it had released. I still fell head-over-heels in love with it. Everything from the monochromatic environments, to the ambient soundtrack, to the simple side-scrolling puzzle platforming… Limbo remained one of my favorite games to play for several years and the Limbo soundtrack, composed by Martin Stig Andersen, is my absolute favorite writing music (even though there are only six tracks). When I heard that Playdead was developing a new game, the mysterious INSIDE, I knew it would be just as atmospheric and somehow even more intense than its predecessor. I couldn’t have been more right.

Utilizing splashes of red here and there while keeping mostly to greyscale, the game features an unnamed boy as he creeps through woods, farmyards, water, and industrial locations, all while hiding and being chased by an unknown faction of people. The game hooks you early on by showing this group taking a van full of people away in the rain to an undisclosed location. You’re then sent into a pulse-pounding chase as you’re spotted and forced to flee, dodging gunfire and snarling dogs. 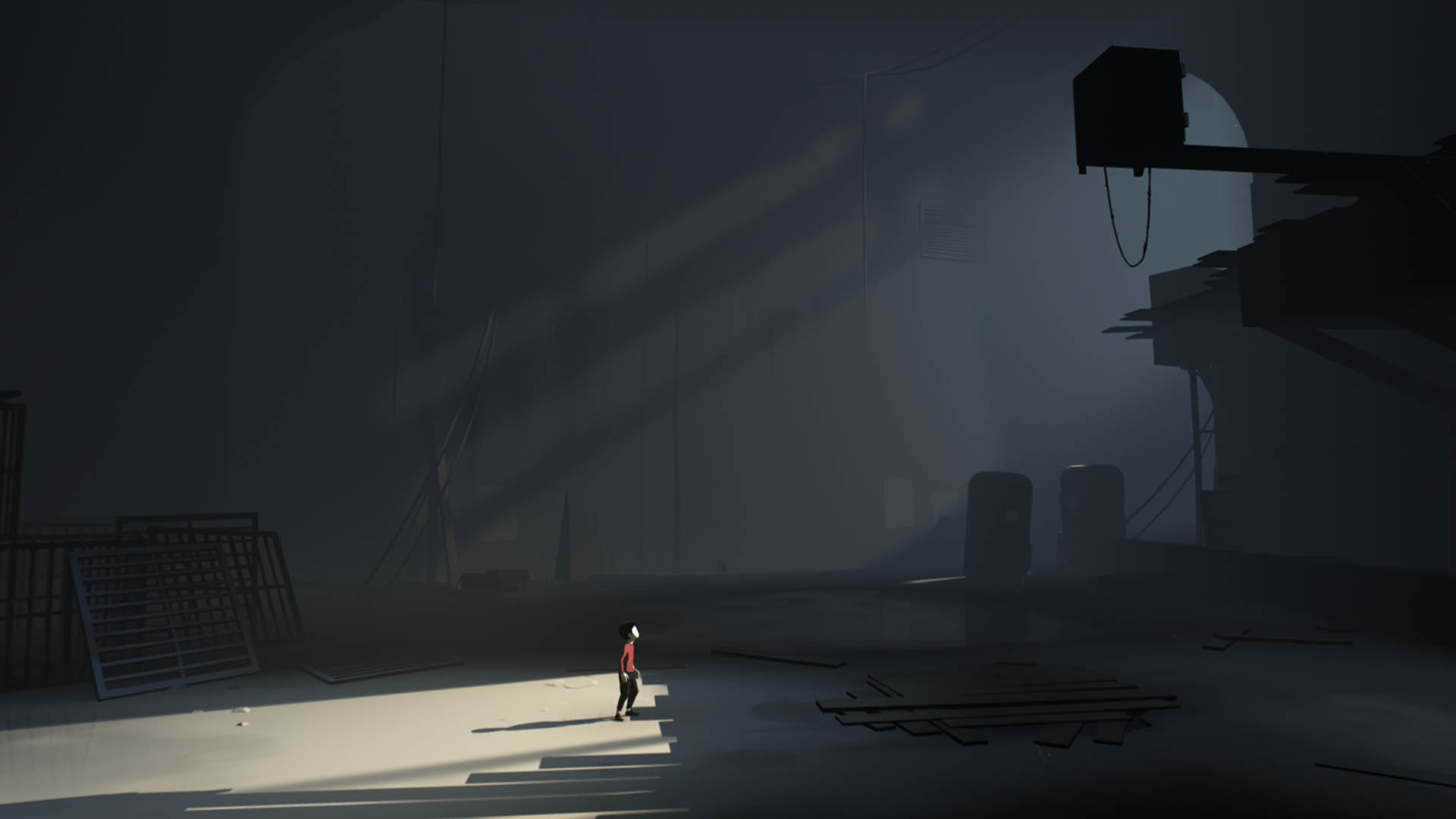 There is a dystopian element to INSIDE that separates it from Limbo’s otherwise dark fantasy. It feels a little more like an unsettling sci-fi movie than anything, a journey into a very weird and uncomfortable world where not everything is as it seems. What I enjoy most about Playdead’s content is that it manages to transport the player effortlessly. There’s no dialogue, no multi-plotted story, nor are there a vast array of characters to keep up with. In fact, you don’t know anything about anything except what you glean from your experiences. It leaves everything up to interpretation, which of course varies from player to player.

Martin Stig Andersen’s compositions in INSIDE blend with the visuals and the sound effects perfectly. While they are very similar to Limbo’s neutral ambiance, there’s an extra layer of depth, almost as if you’re journeying deeper into a rabbit hole that doesn’t feel like it has an end. I know I said the game wasn’t very fantastical, but the music really brings an element of mystery to the story and the protagonist’s journey. In particular, I was stunned by the music during the infamous “Shockwave” sequence as well as the underwater segments. While a soundtrack hasn’t been officially released yet, I have confidence it will be released for purchase. I honestly can’t wait until it is!

Think you want to give INSIDE a try? Find it here on Steam for PC.

Want to see it in action? Check out MrKravin’s playthrough of it on Youtube.

You won’t be disappointed!