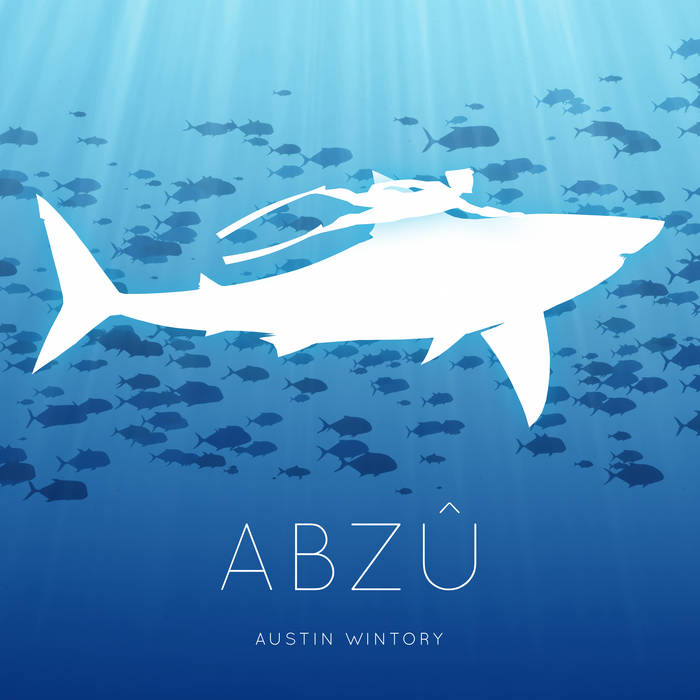 At least once in your lifetime, you’ve put on the radio in your car or on the internet or your digital music player and went about your daily activities. Somewhere within the mix of songs you listened to, there came that one song, the one that made you stop and listen in awe to it, one that made the hairs on the back of your neck stand up. It impressed you, thrilled you, made you want to listen to it over and over again. Years ago, I found that feeling with Austin Wintory’s soundtrack to the game “Journey”. It was plaintive, arresting, and called to a deeper part of me. Now, I’ve found a similar impression again with Wintory’s soundtrack to the game “Abzu”.

Where the music from “Journey” transported me to a dusky desert world ascending toward a celestial destination, “Abzu” pulls the listener into a vast blue ocean, teeming with gorgeous reefs, colorful creatures, and a sinister presence lurking in the depths below. Both are very different but lovely compositions and arouse similar emotions while listening to them. One of the things I loved about “Journey” was that you could listen to the entire thing and never feel like you were changing tracks. It felt like one whole piece, and every track complimented the last nicely. While Abzu’s tracks vary as do the feelings they evoke, they all still feel like they belong together. Many of the pieces are enhanced with background vocals ranging from heavenly sounding to downright Hadean in tone. When there aren’t vocals, sweeping violins carry the melodies, creating a very whimsical and magnificent mood. It reminds me a lot of Gabriel Yared’s soundtrack to “The English Patient” in some places and I love that.

One of my favorite tracks is “Delphinius Delphi” played during a segment where the character is pulled along with a current through ocean environments, surrounded by schools of fish, orcas, and dolphins at varied times. It’s a visually stunning feast for the eyes and the music is an absolutely perfect compliment to it.

Today, I’ll be sharing three songs from Austin Wintory’s gorgeous soundtrack with you.

Want to buy the whole soundtrack? You can find it here at Austin Wintory’s bandcamp page.

Think you want to buy the game? Find it here at the official page for Abzu.