Yeah. I haven’t written a blog post since September…and I don’t feel great about that. But it is the end of 2017, a glorious end, and I felt as though I shouldn’t skimp on tradition. I’ve done this post for the last three years (maybe four) and it is one of my favorite topics to compile a list of. Every year, some amazing game composers create phenomenal soundtracks. Often the games are ones that not a lot of people have checked out being they are made by indie developers with small teams.

This year was a bit tough, being that I indulged in discovering and listening to soundtracks from older games more than playing newer ones. Because they came out so long ago, they aren’t eligible for the list.  I also listened to WAY more new movie and television scores this year (which should have their own list, but will probably end up in future Inspiration Through Music blog posts. (I say that with the intent to actually write new Inspiration Through Music blog posts… *snigger*.) I honestly shouldn’t keep such rigid rules for this…it would make things so much easier. But, be as it may, I do have several soundtrack scores to share with you. So, let’s begin the countdown, shall we?

Why: So here’s a syth-pumped short playlist of music that feels very 80’s inspired and comes right along on the heels of the very popular Netflix series, Stranger Things. Stories Untold is a text-based adventure game which tells four separate suspenseful stories that intertwine. These four stories (The House Abandon, The Lab Conduct, The Station Process, and The Last Session) guide the player through small interactive environments featuring various puzzles. What’s most gripping about Untold’s soundtrack is its intensity. It always feels as though there’s more to the situation, a gravity that hovers just out of sight. It’s haunting and brilliant in its repetition and has been wonderful to listen to while working on climactic scenes in projects over the year. Track picks: Stories Untold, We Move Together in Unison, Utterly Consumed By It

Why: Most of you know I’m a fan of the more ambient minimalist soundtracks which clearly means there will be others on this list. Observer gained quite a bit of attention not just from fans of Bloober Team’s previous work (Layers of Fear) but also because they managed to work with and integrate well-known actor Rutger Hauer (Roy Batty from Blade Runner) into the game as the protagonist. Observer’s story is a futuristic mystery with many elements not unlike Blade Runner. At times, the music even sounds like Vangelis, who composed much of the former’s original soundtrack. There are a few individual tracks that I really love from this soundtrack and have listened to several times. Some of the ambient noise does get jumbled and almost sounds a bit grating…and that doesn’t do much for me. For the most part, this soundtrack is strong and those writing science fiction (particularly in an Eastern European location) might really dig this one. Track Picks: Lockdown, Altered Brain, The Church, Wolfman, Whatever It Takes 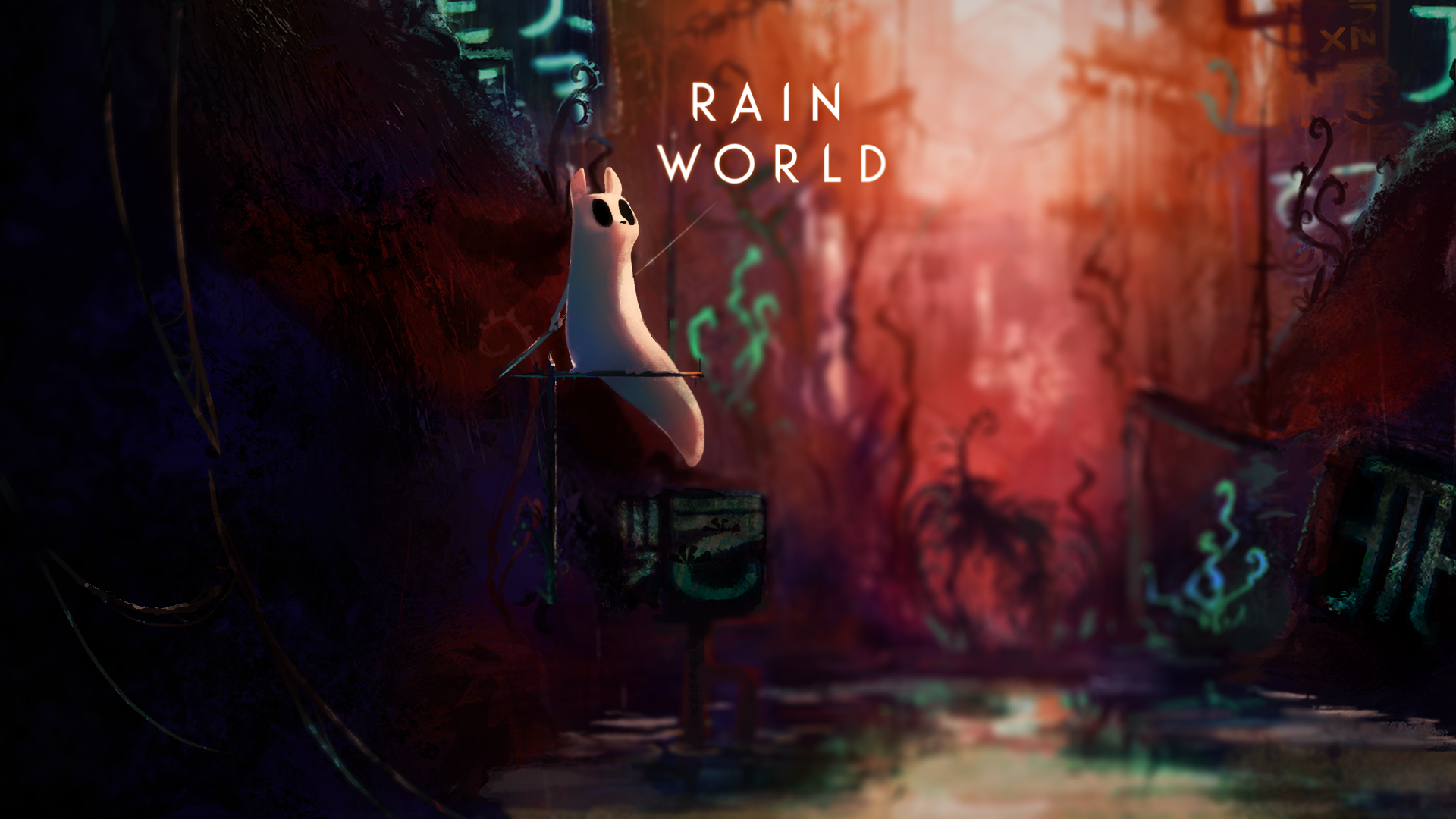 Why: I know this shouldn’t count…but the protagonist of this game is something called a slugcat… And it’s adorable. Also, there are techno parts to this soundtrack and I love that. This is definitely one of the more fun soundtracks on this list merely because it’s unpredictable. You have some songs that are a bit more twinkly and sad and then some ambient mysterious pieces, and then those sweet electronic tunes to break things up. What’s not to love? Track picks: Sundown (Theme I), Bio-Engineering, The Captain, White Lizard, Stargazer, Threat-Chimney Canopy, Lovely Arps, All Thats Left, What Fate a Slugcat

Why: Last year, I didn’t put the soundtrack for the original Sylvio on my list because at the time, there was no official soundtrack and I had no song titles to go by. Since then, the creator of the game, Nicholas Swanberg, has not only released the first game’s soundtrack, but also a sequel game and soundtrack to that. And much like the first soundtrack, it’s a synth-powered playlist of awesomeness. My love for synth soundtracks has grown over the last couple years and Sylvio 2 has an impressive array of pieces both somber and expecting. While both games stand on their own as unique and different experiences, I felt the soundtracks were fairly similar. While I love the similarities, I almost wish there was a little more variety to separate them. Track picks: All of them 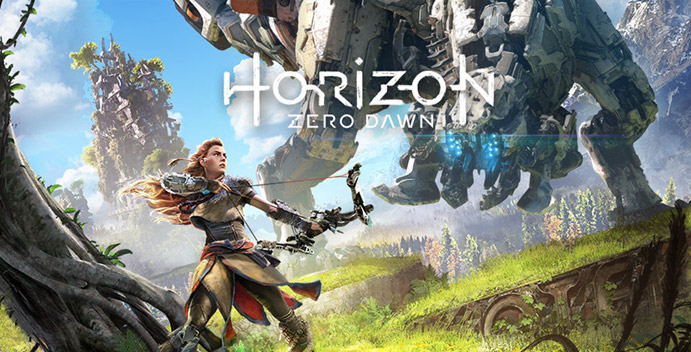 Why: Mostly because it’s just so damn beautiful…and long. This is probably one of the biggest soundtracks on this list at a whopping 80 tracks (not counting that second soundtrack for the Frozen Wilds DC). I mean…holy crap. Horizon Zero Dawn is a sweeping epic about a young woman named Aloy and her journey to discover the truth about her origins and what happened to her technologically superior ancestors known as The Old Ones. The soundtrack plays out much like a movie score, sweeping, lush, terrifying, and exquisite with lovely vocals to accompany many of the tracks. It remnds me of the soundtrack to Mirror’s Edge: Catalyst mixed with Game of Thrones. Perfect for that fantasy novel in the works… Track picks: Prologue, Motherless, Anointed, Hologram Myth, The Bad News, THE GOOD NEWS… (Basically, I’m not even off part one yet… And there are four parts with twenty tracks on each one… Just listen to all of them.)

Why: Because it’s Simon freaking Poole. The man who composed the soundtrack behind The Secret World and Dreamfall: The Longest Journey. Because this soundtrack is delicate and wonderful and has a flow to it that few soundtracks do. It can be hard to mesh your action tracks with your restful ones, your romantic pieces with your dark foreboding ones… What I love about these tracks is that you rarely feel jarred when listening to them. They work amazingly well if you want to just throw something on and not have to change tracks while writing. Track picks: The House of All Worlds, Return to the Hospital Room, Storytime Conversations, SAGA, A Room With A View, A Farewell to Wonkers, The Longest Journey Home, End Titles

Why: You’d think it would be incredibly difficult to pick which soundtrack should be in 6th, 5th, and 4th when they all have very similar sounds. But RiME’s soundtrack deserves this spot. Why? The frigging string instruments. They’re gorgeous, especially that cello. It’s the kind of thing you listen to when you want to go to your happy place. When you want to sit in the bath with candles and cucumbers over your eyes. And for writing those romances, heartwarming scenes in your family drama, or even your epic fantasy…these are the tracks to listen to. They make you feel good. They sound magical and warm and inviting. I can’t get enough of them. Track picks: Departure, Promenade, A New Friend, The Edge of Light, Let Me Go, The Bridge, Touching the Stars, The Path of the Stars…(Oh my god. Just listen to them all.)

Why: This was an amazing (and kind of brutal) game. The soundtrack that accompanies it is that dark fairy tale type that we all know and love dearly. I have a story called “Lore” which I’ve been hemming and hawing on for a few years that I’d really like to bite into soon. It’s definitely in that Pan’s Labyrinthesque genre with some dark nasty creatures in the shadows for our girl protagonist to encounter. Listening to certain tracks on the Little Nightmares playlist, really gets me in the mood to work on it. Track picks: Lure of the Maw, Hunger I, Little Lost Things, Hunger II, New Arrivals, Six’s Theme Part II, Beneath the Waves, Prison Toys

Why: I’m not going to mince words; I LOVE THIS SOUNDTRACK. I have not been able to stop listening to this since the game came out. I’m a lover of everything jazz and big band and since I’m in the middle of writing a novella (and follow-up novel) that take place in the late 20’s, I’m absolutely all about this whole soundtrack. This is a very specific genre and will definitely not be everyone’s cup of tea, but it’s also just a killer soundtrack to listen to while your doing the dishes, or your taxes, or driving to work. Track picks: All of them. Seriously. Just put on the whole soundtrack.

#1. What Remains of Edith Finch Soundtrack by Jeff Russo

Why: BECAUSE IT’S JEFF RUSSO. I know I said the same thing for Simon Poole, but these guys have a reputation for a reason. Russo has done soundtracks for Fargo the TV series, Star Trek Discovery, Legion, and The Night Of. Prolific as F. And brilliant. Season One’s soundtrack for Fargo is one of my favorite soundtracks in the last several years. What Remains of Edith Finch has that same smoothness that Dreamfall had…but even smoother. Each track is reflective of the character being portrayed in the game and (SPOILERS) since each character in the game meets an untimely demise, those tracks are layered with so many emotions both sad and innocent, and in some cases, sweet. What Remains of Edith Finch has one of the best stories that I’ve seen in a game in a long while. It reminds me a lot of Firewatch in its depth of character exploration, and storytelling technique, but also manages to keep you in suspense as you go room to room through the house. The soundtrack can stand aside from the game and be listened to without needing to have played it to understand what’s happening. Definitely my number one this year. Track picks: The House, Molly’s Hunger- Owl, Molly’s Hunger – Shark, Calvin’s Swingset, Milton’s Tower, Lewis’ Coronation – Sailing Ship, The Finale, The End

Well, there you have it. Please do yourselves a favor and check out these amazing soundtracks. You never know what might give you that extra burst of inspiration that you need to start working on or finish a project. I can’t wait to see what 2018 has in store for new soundtracks and I can’t wait to discover them along with you in future Inspiration Through Music blog posts (hopefully).